Home Features Tribute What is little known about Father Valles… 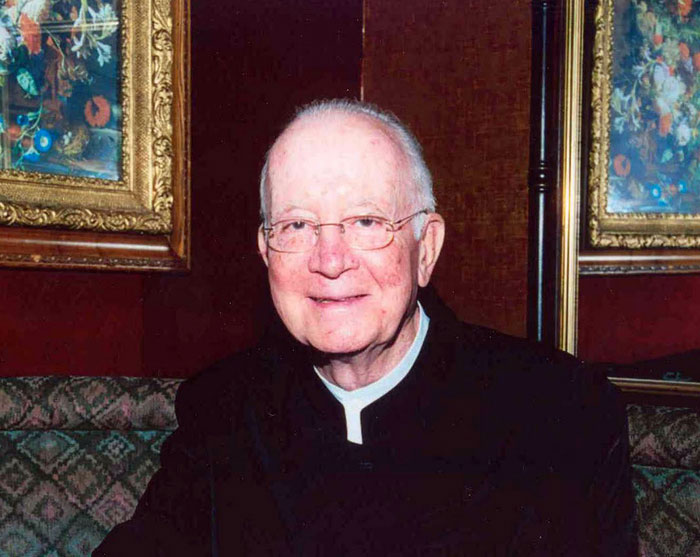 They offered a fitting homage to the person, whom thousands admired and revered as their inspiration and guide. For over four decades, starting from the 1970s, Fr. Valles nourished Gujarat’s intellectual, moral, and cultural needs through his teaching, speaking, and writing. The remarkable tributes offered to him since his death have highlighted almost every aspect of his public life and persona.

However, often the ‘persona’ is different from the ‘person’. What has not been shared much about Fr. Valles is the kind of person he was in ‘real life’. One reason why so little is known about his personal life is a unique trait of his personality noted by one of his longtime companions – the ability to immerse himself fully into a culture for a time and then completely withdraw from it for a while. Fr. Valles was able to connect with people heart and soul when he desired it, but was also equally capable of disconnecting from everyone to spend time in prayer and solitude. Hence it is challenging to write about his personal life comprehensively. All I can attempt here is to piece together a few anecdotes by way of describing the greatness of Fr. Valles as witnessed by some of his colleagues, friends, and students. 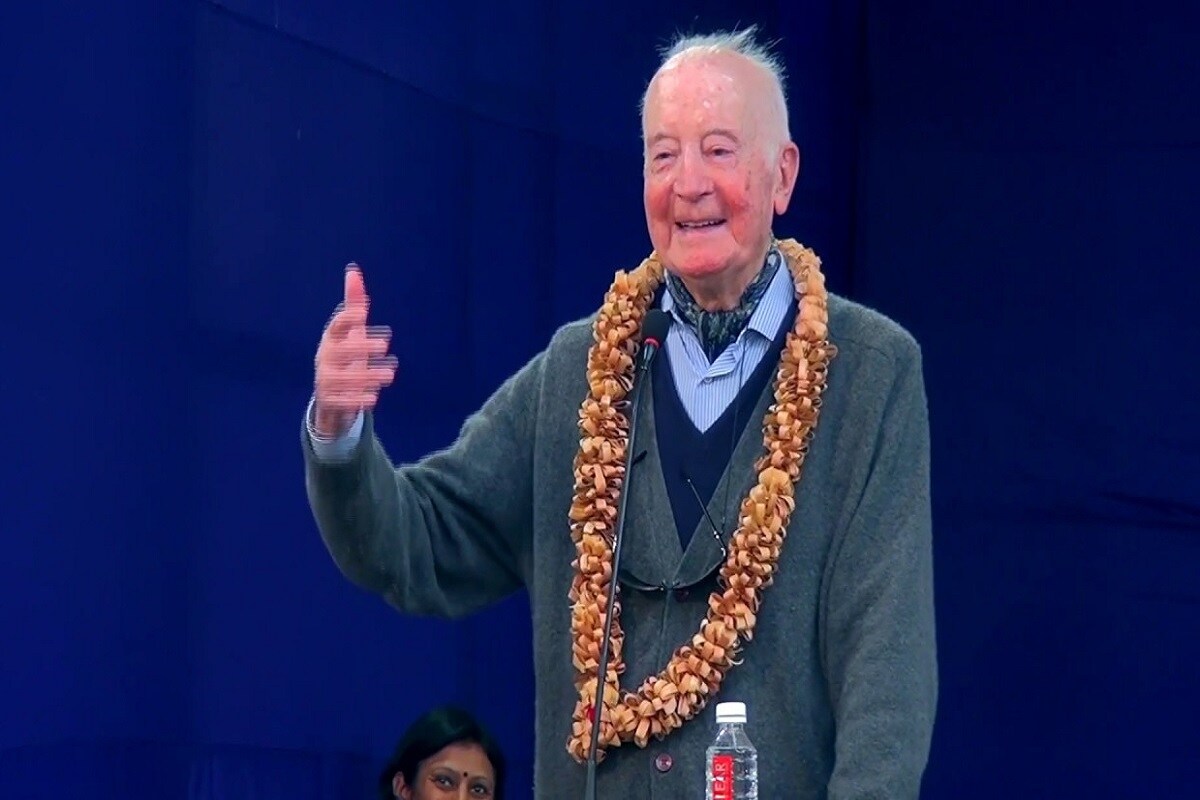 My earliest memory of Fr. Valles takes me down the memory lane back to my ancestral village Chakalasi to recall an event in 1981. Only four years old then, I blissfully unaware of the celebrity-status of an unusually fair and tall foreigner who arrived at my house one evening. He was a towering personality both literally and figuratively. I was utterly confused about this new “father” who received a lot more attention than my own priest-uncle! It was none other than Fr. Carlos Gonzalez Valles, popularly known as “Father Valles” across Gujarat. His visit left a great impression on me as I had never before seen crowds flock at my house just to have a glimpse of someone. There were so many people jostling with one another that my grandfather had to unwillingly close the entrance door to prevent people from crowding in the house and interrupting his conversation with my parents and grandparents. That was the only time he ever visited my house, but my mother, who eagerly read all his books and columns, eternalized that visit by requesting him to write a few words on the most revered book in my family – the Holy Bible. Obliging happily Fr. Valles wrote “Fr. Valles na aashirvad” (Blessings from Fr. Valles). My parents, siblings, and me cherish to this day those few words he scribbled in the sacred book on 21 March 1981. We cherish them not only because they impart a blessing, but also because they were written by a mahapurush and satjan(a great man and a saint)!

That was my first meeting with Fr. Valles about which I only have vague memories now. It was not until three decades later that I met Fr. Valles again in 2011 – this time as a young priest of the same Jesuit order to which he belonged for 79 years. In many ways, I value my second meeting more than the first, but let me save it for later as there are other great anecdotes that must take a precedence here. 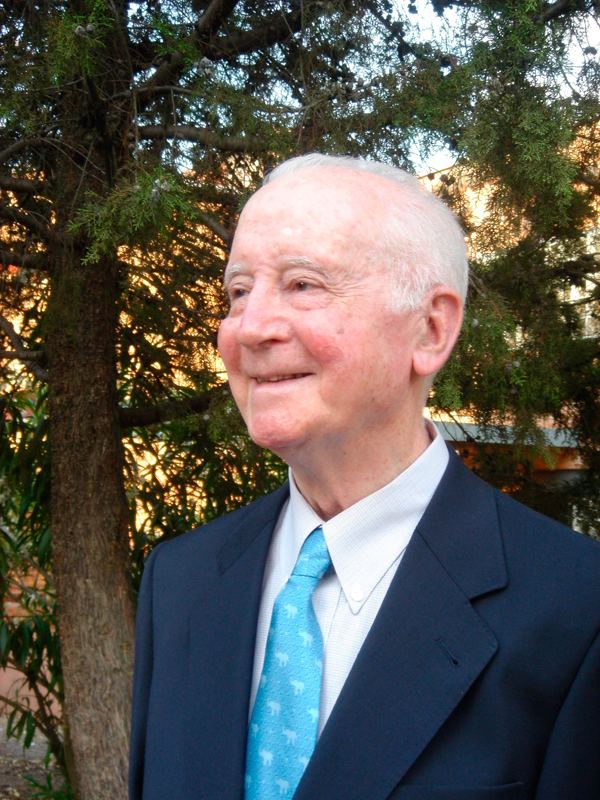 While Fr. Valles was a larger-than-life personality in the print media, he came across to many as a down-to-earth and unassuming character on the college campus. One such student, who was a Xavierite in the 1970s and lived in the hostel, recalled a few days ago how Fr. Valles used to have his meals in the college mess, along with hundreds of students almost every day. He enjoyed the simple vegetarian, Gujarati food and even lick his fingers as a mark of satisfaction! “It was amazing to see a foreigner to do that. I was thoroughly impressed by him and hugely edified,” said the alumnus. The same Xavierite shared with me something about Father’s unique teaching style. Even though, Fr. Valles was a compassionate teacher, he motivated his students to remain alert in class. One method he used to keep the students attentive to what he was teaching involved both his hands! “He would write with his right hand and rub it out with his left,” revealed my friend, who was also fortunate to attend his Mathematics classes. Needless to mention, there was always a pin-drop silence in Father’s class, with everyone fully focused on keeping pace with him on the blackboard.

In spite of being a demanding teacher, his concern for the last and the least in the class never diminished a bit. Another former student of Fr. Valles, who later went on to become the principal of St. Xavier’s College, Fr. Vincent Braganza, reminisced an incident that left him amazed. As a first-year student in 1970, one fine day he sheepishly walked into a class before the imposing Fr. Valles arrived and expertly taught the basic principles of Differential Equations to a jam-packed class of youngsters. Feeling somewhat diffident in the class, the young boy had occupied the last bench and remained quiet throughout the lecture to avoid attention. He thought the ploy had worked. But years later while talking about it, he heard Fr. Valles say this: “Of course, I knew you were present in my class. Were you not sitting on the last bench in the left-hand corner that day? I had seen you and sensed your discomfort and decided not to put you on the spot!” Fr. Vincent almost teared up while narrating the incident, adding, “and I experienced the same love and concern from him for years as a colleague and friend at the College Residence.” 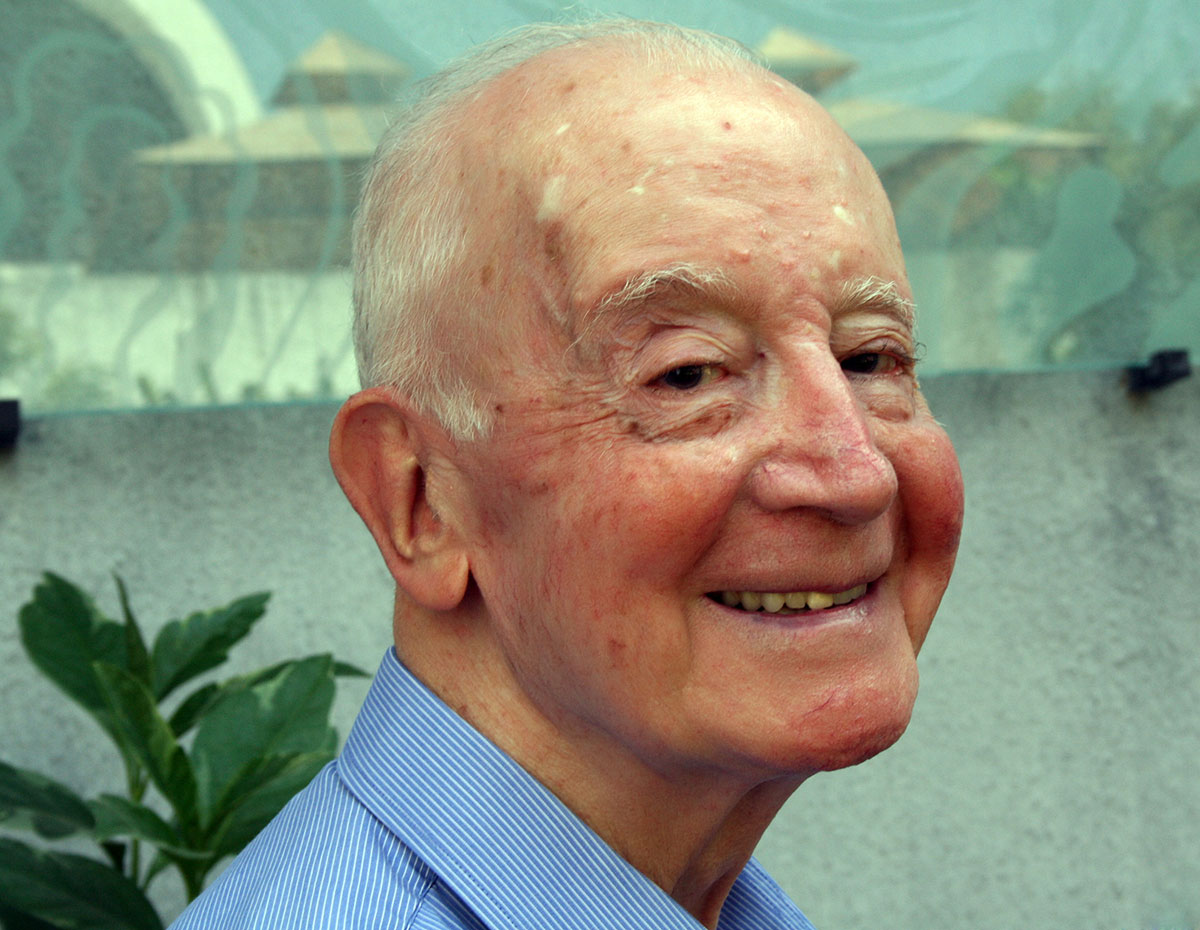 In fact, as a person Fr. Valles was always full of warmth even outside the campus. Many of his hosts during the viharyatrahave spoken with great admiration how spontaneously he mingled with them and relished their hospitality. It was a decade-long experiment in which Fr. Valles went from house to house as an itinerant guest to experience people’s life and culture first hand. Once his religious superior, who was responsible for Fr. Valles’s general well-being, decided to pay him a surprise visit to ascertain how well he managed in Ahmedabad’s pols(crowded, middle-class localities). One afternoon, on reaching the house where Fr. Valles was staying for a couple of days,the head priest was astounded at what he witnessed. He saw Fr. Valles sprawled on the floor, enjoying a sound sleep, amid the humdrum of family life. “He slept like a baby, without a care in the world!” recalled the visitor, who then had to wait for few more minutes before Fr. Valles awoke from a mithinindra or a glorious siesta.

And yet the childlike spontaneity and simple demeanor of a truly great man could not blur the spiritual radiance he possessed. His readers not only admired him, they revered him. For many, he was a guru, a sant, a mahanmanas. Recently, Fr. Vinayak, who was a goodfriend of Fr. Valles, recounted an incident that left him awestruck some years ago. In January 2011, father had arrived in Ahmedabad to spend a few dayswith friends, readers, and fans and to renew his sambandh with Gujarat. As usual, he was staying at the Xavier Residence, the college fathers’ bungalow that was his home for over four decades before he left for Spain in the early 1990s. Father was giving an interview to a reporter one fine day, when a stranger appeared at the door and inquired if Fr. Valles was around. Fr. Vinayak nodded in affirmation. Immediately, the man began to urge him to be taken to Fr. Valles. When he was advised to come some other day, he pleadingly said, “Sir, I do not wish to speak to Father Valles. I just wish to see him, even from afar. That will suffice for me. I beg you to lead me where he is.” Overcome by the man’s entreaty, Fr. Vinayak reluctantly guided him to the room where father was giving the interview. On catching the first glimpse of Fr. Valles, the stranger stopped in his tracks, folded his hands, and prostrated on the ground. He remained in obeisance for about a minute, gently rose to his feet, bowed once more respectfully, and quietly walked out of the house without a word. Fr. Vinayak followed him to the door to inquire if he knew Fr. Valles well. What he told in reply is worth a mention here. “I do not know Father Valles well; nor does he know me. I just heard that he is in town, so I hopped on the first bus and arrived here to have his darshan. For me, he is a god of our times.” Not all of us might readily approve such devotion to another human being. But then Fr. Valles was no ordinary person either. He was a resplendent example of goodness, kindness, and compassion – the very attributes of God. In this respect, Fr. Valles was a holy man after God’s own heart. 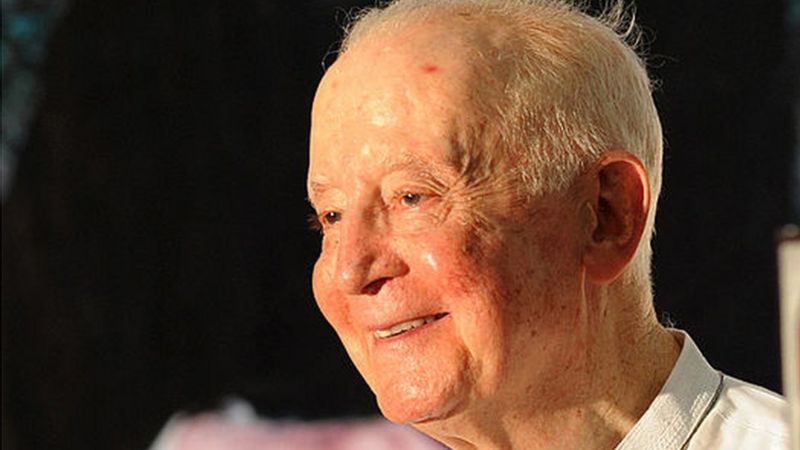 My childhood dream of meeting himface to face came to fruition 2011 – exactly thirty years after he visited my house in 1981. In the meanwhile, I had read many of his books in both Gujarati and English and was eager to tell him how much I admired him. Finally, I happened to meet him just by a chance.  I was accompanying a group of youth from Gujarat for a World Youth Convention in Madrid. Someone from the group contacted Fr. Valles and requested him to give us a talk about his life and work in Spain. He accepted the invite and came to see us the following day, exactly at the scheduled time. I arrived a little late and quietly joined the group that seemed hypnotized by Father’s words and gestures.Standing in the middle of a street in the Spanish capital, he spoke for about twenty minutes in sudhdh Gujarati. At the end of the speech, he showed us two packets of sweets saying, “aa tamara mate che. Hu janu chu ke Gujaratio ne mithai khub bhave” (These sweets are for you. I know that Gujaratis love sweets). Those words left quite a sweet taste in my mouth! As soon as I had the chance to have a few words with him, I reminded him of his 1981visit to my house, and informed him that the young boy he had blessed that day was now a young priest. He was quite thrilled to know it and assured me that he fondly remembered the visit as well as the words of blessings he wrote in the Bible! I was both moved and speechless, so thanked him with all my heart and slowly moved away from the crowd, feeling overwhelmed by the exeprience.

These memories are like shards of a mirror. They only reconstruct an imperfect picture of a man who personified perfection in every respect. Yet the shards are glued together here to give us a unique glimpse of Fr. Valles, whom most of us have only known through his writings, pictures, and lately, obituaries.

(The writer is Assistant Professor at Department of English, St Xavier’s College, Ahmedabad) 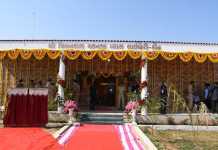 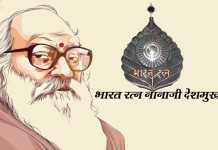 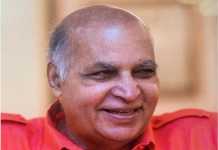 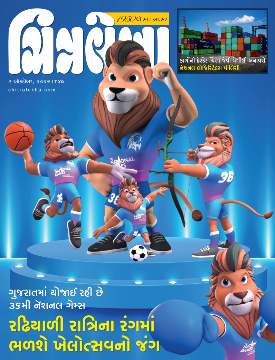